This project was straight forward from the beginning.  The homeowner’s wanted to create an open cohesive master bath, within the existing divided bath. The space was there, it was just disjointed.  By eliminating the tub, and opening up the shower there was space to create individual storage on either side of a large open shower.  In order to get a larger two sink vanity the wall was taken down to the toilet room.  Bringing in a darker vanity added a nice contrast to the white clean lines of the cabinetry flanking the shower, as well as tying in the accent tile within the shower and darker counter tops on the bench seating.  It was all of these little details which enhanced the cohesiveness of the finished bathroom. 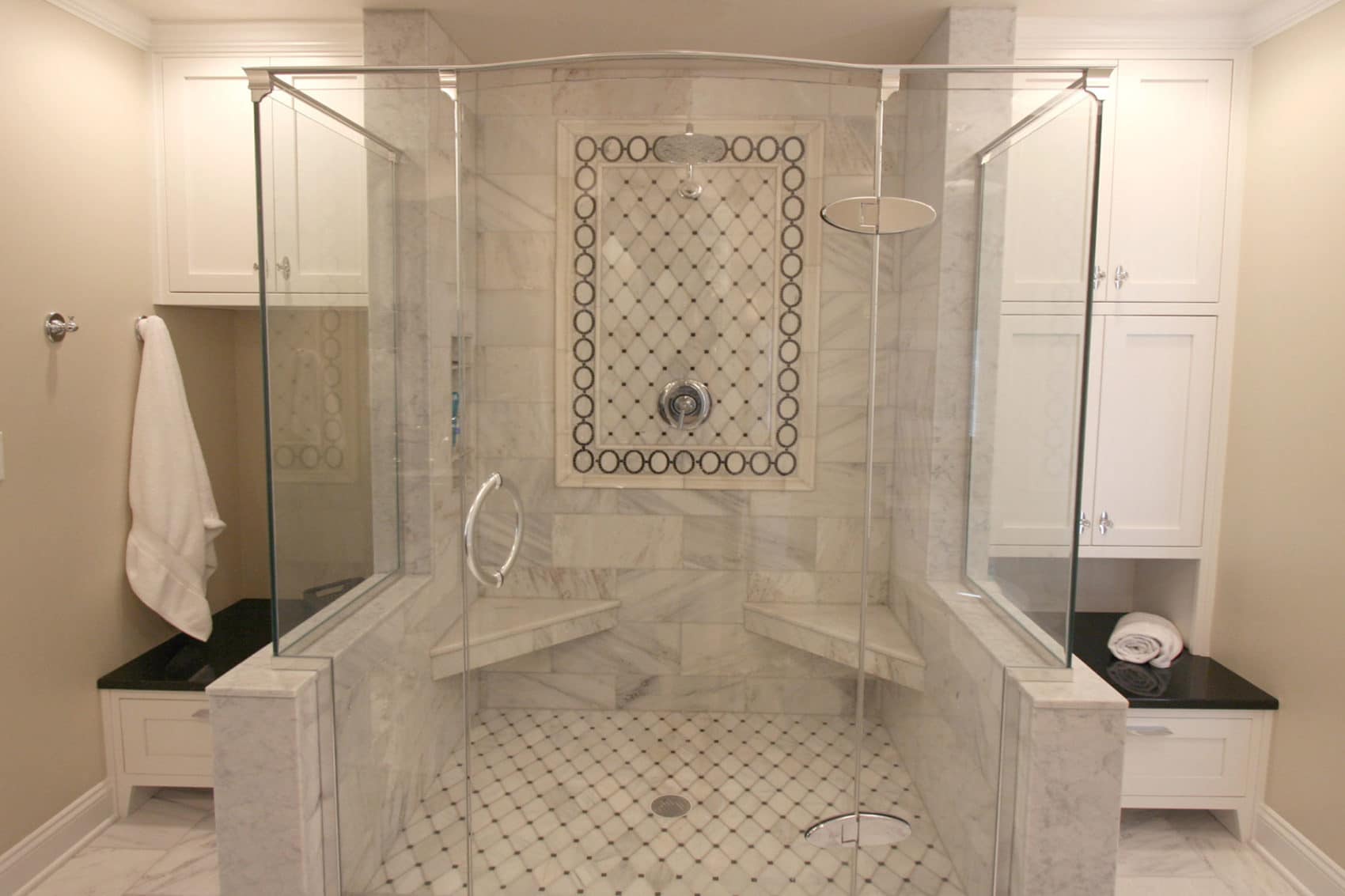 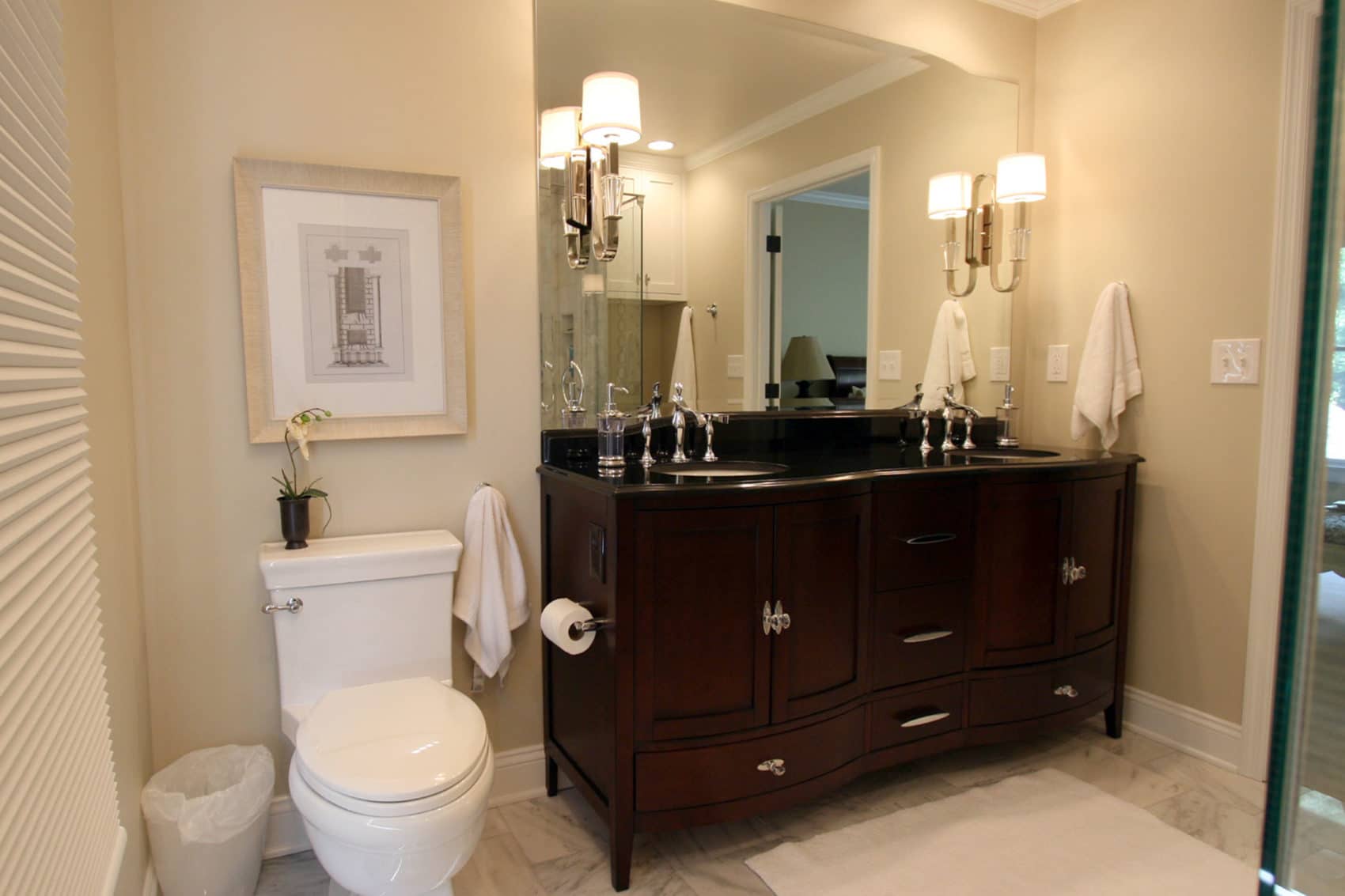 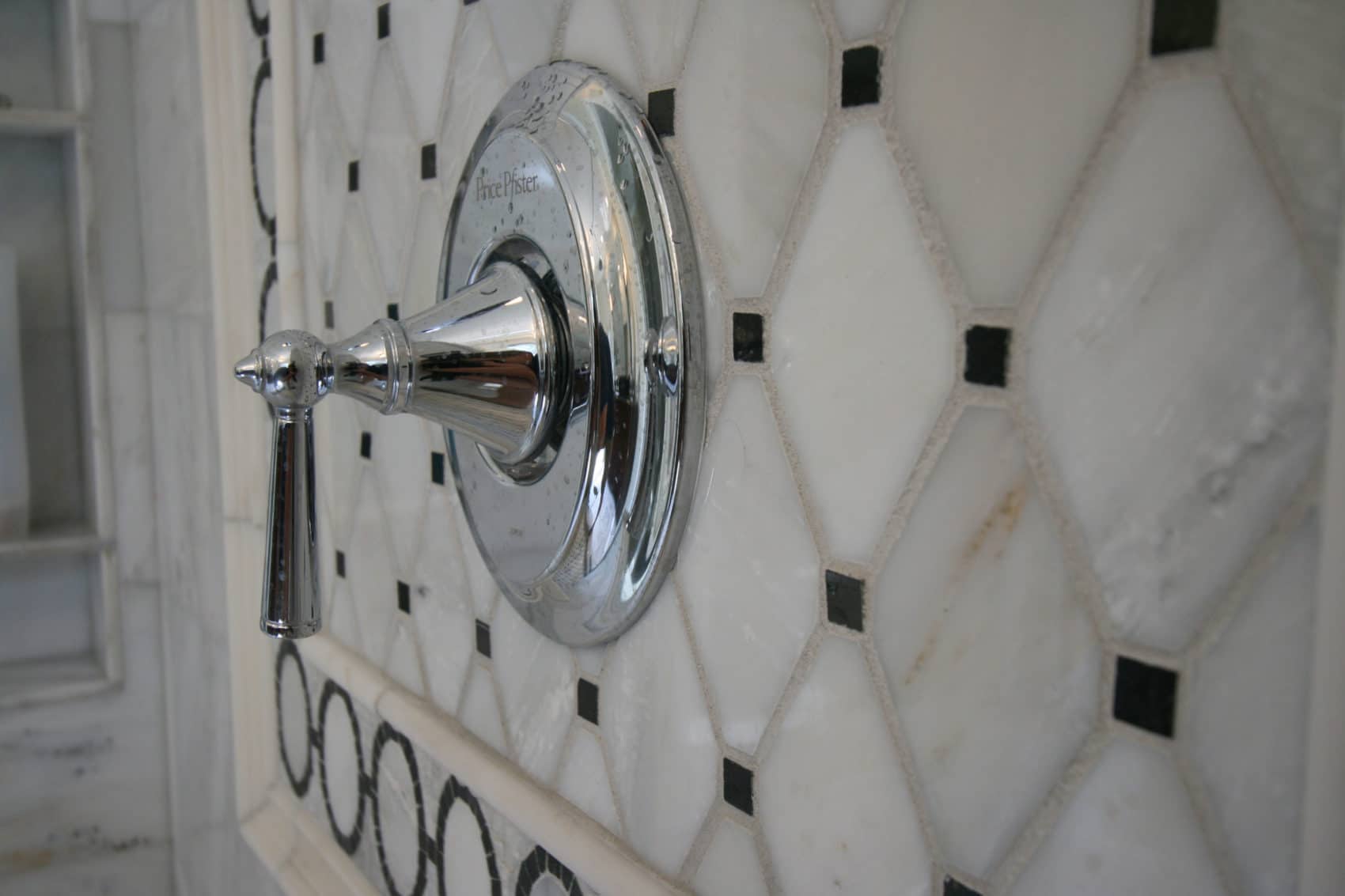 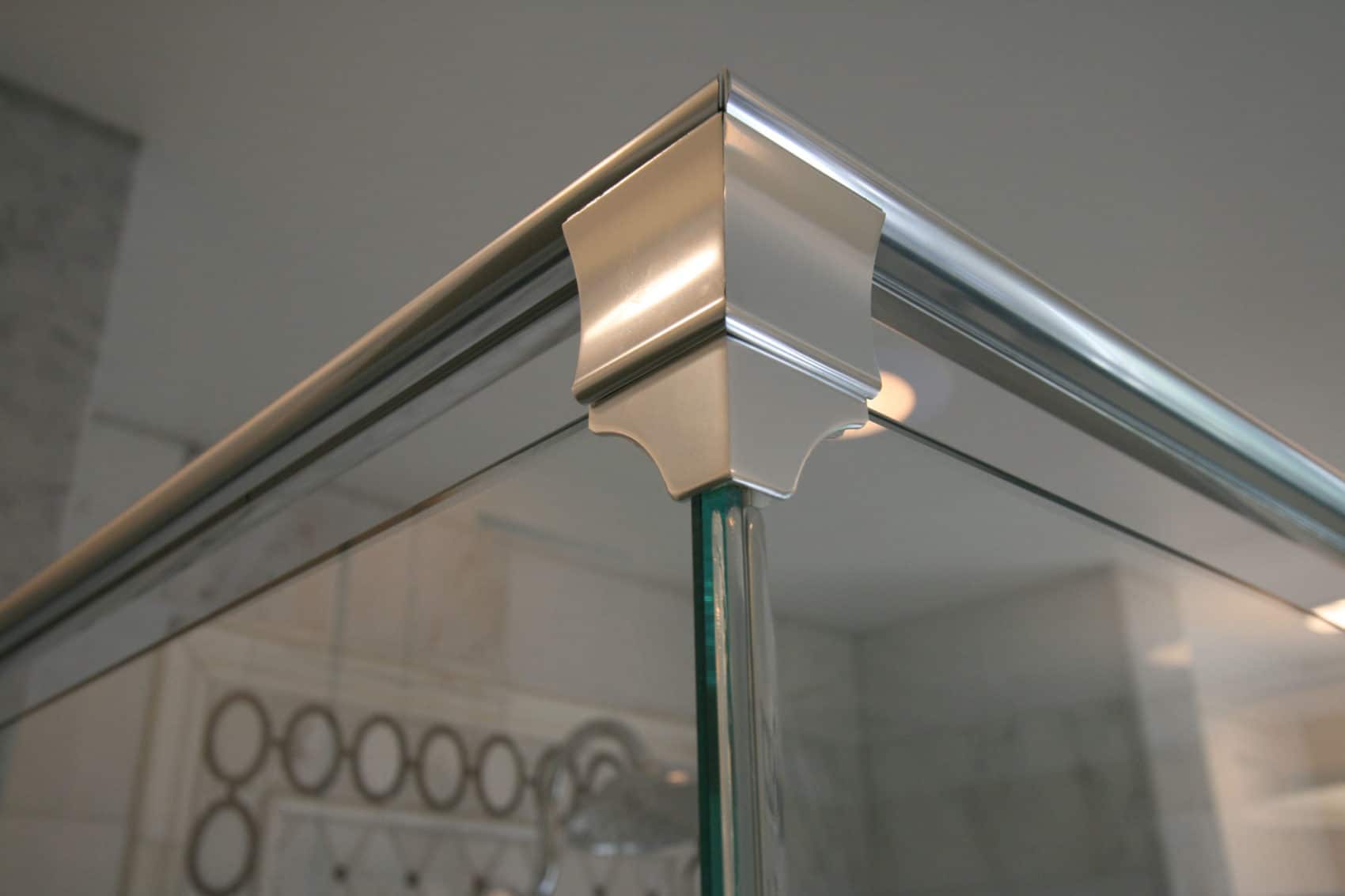 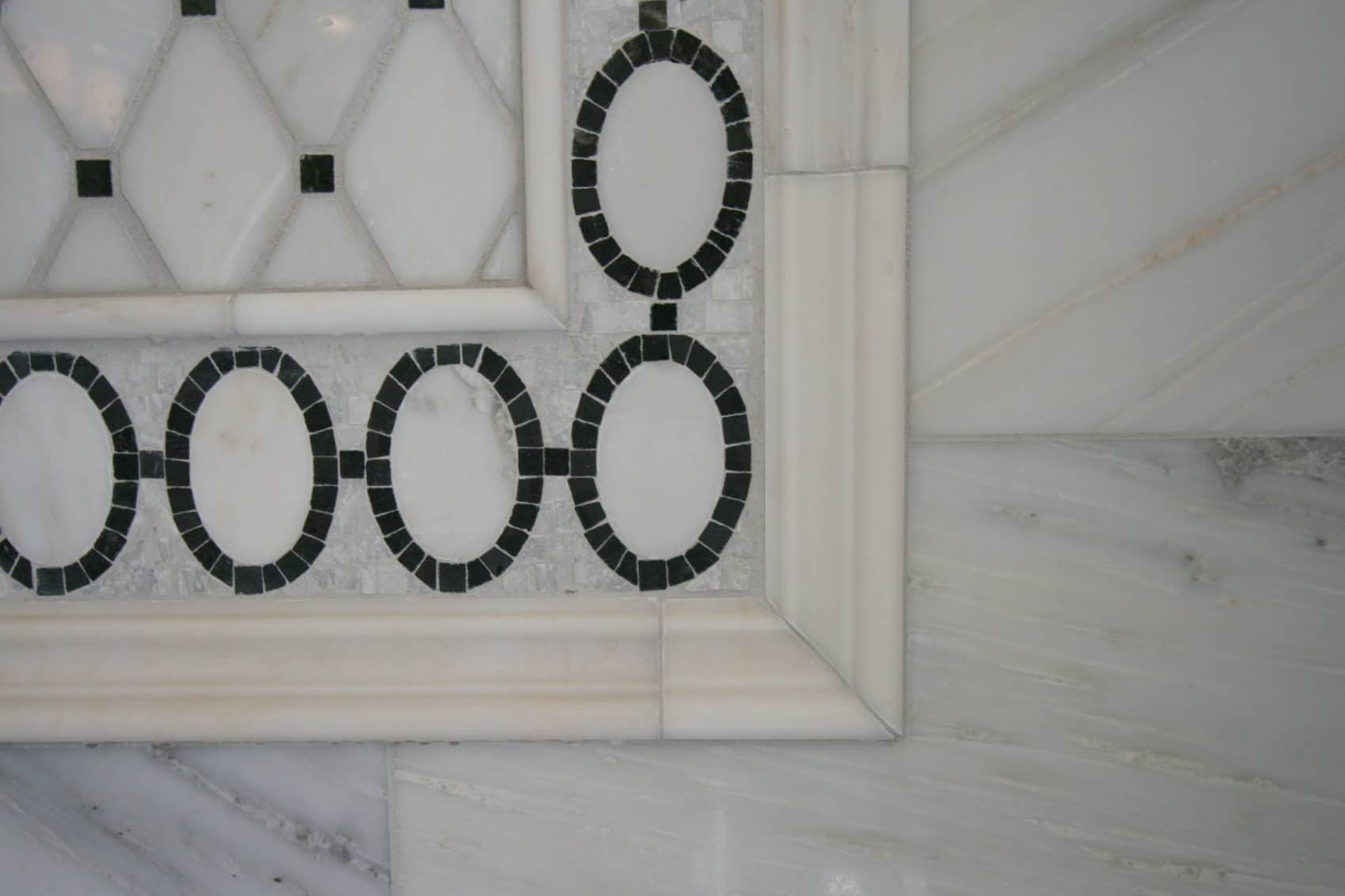 “HUGE success! The Meyer crew's patience, attention to detail, emphasis on quality, and flexibility throughout the project made what could have/SHOULD have been a very painful process a very enjoyable one.
I loved that they were willing to listen to our ideas and help us balance the design side of things with the functional side (but never in a condescending way and always with the perspective that they would and could do it however we wanted). I loved that they communicated with us throughout the project regarding schedule, who would be arriving next and when to expect them, and regarding changes to the budget as we made changes to the project. I loved that they cleaned up at the end of each day so that, although we were living in a work zone, it didn't feel quite as much like one at night. I loved that they really know all of their subs and that they worked with the same standards and professionalism that the Meyer crew does. I loved that when the inevitable small things came up that needed a second look or a touch-up, etc., they didn't hesitate to make it right.
If only they did all of this great stuff for free, I PROMISE you we would have them working at our household everyday to implement the many ideas we have for our home. But, rest assured, we feel every dollar spent on this project was a dollar well spent.
We highly recommend Meyer Brothers & Sons and are looking forward to our next project with them.”